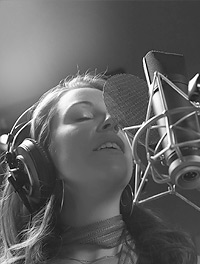 “The greats of contemporary Christian music deserve a place of honor in today's musical landscape. On this site, we have chosen to present only artists whose songs have had the staying power to extend to at least 10 years of ministry or more, as well as the new artists on the scene who music and life has been influenced by one or more of these greats. Some of these artists we call ‘pioneers’ because they really paved the way for the freedom of music expression Christian artists enjoy today. Before the 70s, there was no mainstream vehicle for Christianity in the pop music world. Looking back on a day when Christian music was given a voice for the first time and now seeing what the industry has become today, we’ve just begun to realize it’s time for these trailblazers to be recognized for their invaluable contributions. We remember—we saw it happen.

“Because of these artists, today we have the privilege of hearing the Gospel proclaimed through music in a way that is relevant and far-reaching.

The Gospels have the ability to bring life from death, shine light in the darkest places, and give hope to the hopeless. This is why after years of bringing you this great Christian music and interviews, we have once again been prompted by the Lord to use this platform to raise awareness, to help advocate and to personally reach to those in need of Bibles and Christian Literature. Please go to the "Hand Up" page of this site and read about this great initiative.

“The Classic music of the 70s, 80s, 90s and 2000s are just as relevant today as it was the day it was written. The term Classic does not reference age, but rather the quality and permanence of both a powerful song and a timeless artist.”

So writes Michael Lederer, cofounder of CCM Classic Radio and CCMClassic.com. Michael Lederer and fellow music industry veteran, Christopher Yates, created the show out of the desire not only to give credit where credit is due, but to enrich the spectrum of current Contemporary Christian Music through interviews of CCM Classic artists and their music. And currently using all of Gods blessings for an even deeper purpose.

CCM Classic was started as a for profit endeavor, but as time went on we realized that we were headed down the wrong path...that our hearts were all about creating a vehicle that would continually ignite the music and artistry of important times in Christian music. As a result we turned CCM Classic into a non for profit 501 (c3) organization. CCM Classic is much larger than a couple of individuals. Please read our mission statement below.

Why is CCM Classic Important?

“Because of these artists, not only do we have the privilege of hearing the Gospel proclaimed through music; we also have the ability to help change the lives of those in need.”

A classic is something that has proved it's value and worth over time. In the world of CCM, there are artists and songs that have stayed the course over decades of air play and today, stand distinguished in the genre. Just as with any other musical tradition—rock n’ roll, jazz, country and others—it’s the classics that have shaped the sound, inspired the current generation and set the standard. What is unique with CCM music, it presents the Gospels in a format that deeply penetrates the heart and soul.

That’s where CCM Classic comes in. For the first time, there will be a central location for the songs that defined this genre to be heard…for the artists who paved the way to have a voice once again…and for all the listeners whose lives and hearts have been changed and enriched because of this music to have a place to listen, share their gratitude and engage with like-minded fans around the country and around the world.

With our new " Love Packages" initiative, our listeners and social media family also have the ability to help change lives through their giving. We are very excited as to the direction of CCM Classic. 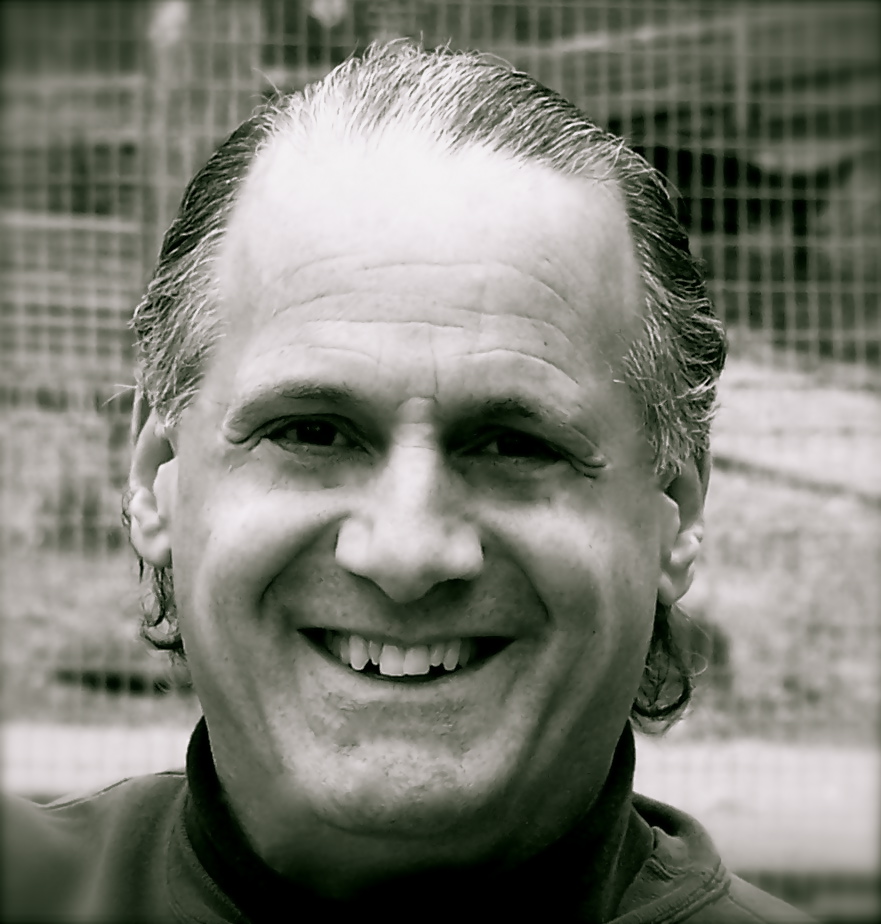 In 1992, Michael and his good friend, Michael Laskow, launched a Los Angeles-based music company that specializes in giving artists, bands and songwriters real access to the decision makers in the music industry—the ones that have the power to sign deals. That company, known as TAXI, is today the world’s leading independent artist & repertoire company. Michael's vision today, is to help brand an era of music that has been flying under the radar for far too many years...to brings these amazing artists and groups back in the fold and to ultimately use the arts as a way to help those who are struggling to survive. 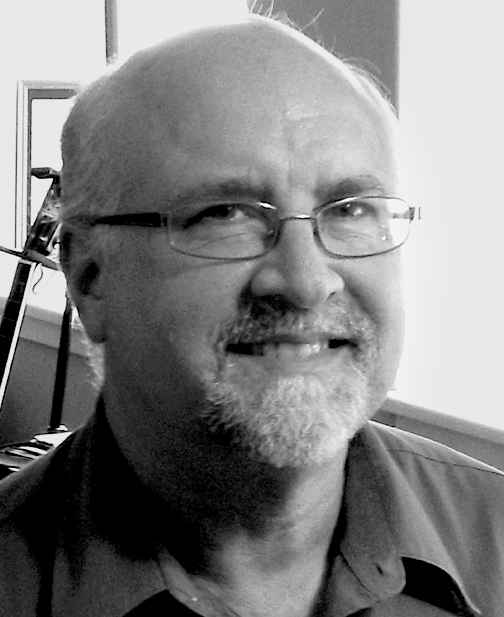 Chris has been in media for over 20 years. He started out at a large TV station and left as traffic manager, later finishing college with a business degree. After an extensive tour of Europe in 1990, he returned to the U.S. to work with IBM in software sales. In 1992, he left the software world and enjoyed a 7-year career as an account executive, promotions director, and eventually general sales manager for a radio station in Detroit. In 1999, the station changed formats and Chris went to work for a start-up Internet company in Nashville with Gaylord Entertainment as a Web Cast Producer and traveled the U.S. producing web-based programs. In late 2000, Gaylord Digital closed its doors and Chris started Capitol Ideas, a consulting firm. In March of 2006, Chris joined Salem Communications, a large publishing and broadcast company, as a Marketing Consultant. Chris graduated from the University of South Florida with a BS of Business. Chris resides in Tampa Florida and is available when ever needed.

Michael Anderson is a hit songwriter, artist producer and author who has written songs for Juice Newton, Pam Tillis, Phil Seymour, Rebecca St James, and many other in rock, pop, country and Christian. Michael has worked with Michael Lederer for over 25 years in all of these areas. His role with CCM Classic is to continue developing new relationships with artists to be interviewed for CCM Classic's Syndicated radio shows as well as co-editor of the shows distributed to our syndication partners.

An accomplished and results-oriented legal manager with a proven track record of achievement in acquisitions and sales, contractual terms, leasing and loan administration. Negotiated legal documentation relating to acquisition, disposition, and treatment of company. Reviewed and commented on various loan documents for eight different refinancing projects in course of one year to fully protect subsidiary interests. Oversee and develop all systems and aspects of internal affairs from drafting artist booking contracts through completion of an engagement.

Join CCM Classic on Facebook and Twitter as we discuss and honor the music and artists of classic CCM; as well as share the daily programming of our on-line radio station. 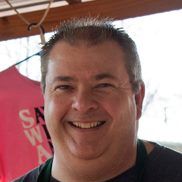 Introduced to music a very early age Philip began singing in churches at the age of two and at age 7 started palying drums. Coming from a very musical family he was later introduced to bass and keyboards. Raised on Southern Gospel music and with the absence of CCM music at that time, his taste leaned towards what would later be called CCM music. His first taste of that were the Imperials and them came the plethera of many of the first CCM artists and bands. With such a passion for this music he amassed a collection of records, tapes and cds that some would call over the top; with this being said, he is always on the hunt for more to add to his extensive library. Philip is Michael Lederer's right arm. He handles all aspects of CCM Classic and pitch hits for Michael when needed.

Experienced Writer and On Air Personality with a demonstrated history of working in the non-profit organization management industry. Skilled in News Writing, Editing, Public Speaking, Media Relations, and Creative Writing. Strong consulting professional with a M.Ed. focused in Human, Organizational and Community Development from Vanderbilt University. Caroline is available on an as needed basis.

Caroline has been with CCM Classic from its conception in 2012. She has served as a script writer for the show as well as a consultant in many areas. She is currently CCM Classic's primary show host.

Jeff Miller resides in the Western Finger Lakes area of New York with wife, Diana, three children, a dog and a few farm animals. Jeff currently pastors First Baptist Church of Watkins Glen; drives a medical shuttle and contributes as a freelance writer for his local newspaper. He is president of Dansville Area Historical Society and a board member for Dansville Artworks.