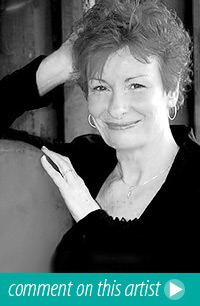 Kelly Willard : then and now...

Willard was born in Winter Haven, Florida. She began playing the piano at the age of five and composing her own songs at the age of thirteen.  She accompanied the church choir, playing and singing in nursing homes, and traveling with a part time gospel group on weekends.  At the age of sixteen Willard moved to Nashville, Tennessee, where she accompanied The Jake Hess Sound on piano.  She later moved to Panorama City, California, where she joined the popular CCM group, The Archers, and then on to Oklahoma City, OK, where she joined the group Seth.  She credits her vocal development to Jonathan David Brown and Harlan Rogers.

Willard married at eighteen, joined Harlan Rogers & Friends, and traveled the mid-west until 1977, when she moved to Southern California to be a part of the then current flow of 'Jesus Music' artists who were ministering and recording there.  She played keyboards and sang background vocals on projects for such artists as Karen Lafferty, Bob Bennett, Tommy Coomes, Roby Duke, Bruce Herring, and Lewis McVay, before Maranatha Music approached her in 1978 to record her own solo project.

After the birth of her children, she took periodic sabbaticals, homeschooling through the 1980s,1990s, and later taking care of her Mother, who was suffering with Alzheimer's.  In her own words 2004 was, "the worst year of my life.  " Both parents died, her marriage of 29 years came to an end, and her 18-year-old daughter, Haylie, who was struggling with severe depression, took her own life.  Kelly moved to Jacksonville,Florida and became part of a church support community there.

Her latest album, recorded in 2000, titled Paga, features then 18-year-old son Bryan on bass guitar, and 15-year-old Haylie in a duet on the song "Beautiful Jesus".  Kelly explains, "The Old Testament priests who would take incense into The Holy of Holies and burn it unto The Lord.  This is called Paga in Hebrew, and it means "to make intercession".  When Jesus became our sacrifice," she said, "He made the way for our prayers, praises, worship and intercession to become like that incense unto the Lord, a sweet-smelling savor."

Willard relates, "Even with all that I have been through, nothing has changed my relationship with The Lord or the call that He placed on my life at a young age.  If anything, I have gained more wisdom through the things, even mistakes, that I have suffered, and am more dependent on Him than ever before.  I can testify of God's ultimate faithfulness to His children, and His unwavering commitment to conform us into the likeness of His dear Son, Jesus Christ.  And, I plan to keep on singing about it until the very end."

Kelly is currently living in Florence, Alabama, and is writing and recording a new "duo" project with long-time friend, Rene Stamps.