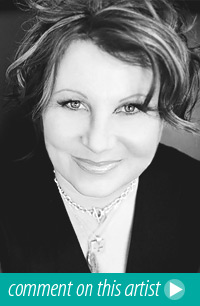 Margaret Becker : then and now...

“And it hit me: Margaret, you are halfway through your life. You had better start digging some holes and planting some seeds in these areas.”

These beautiful lyrics from Margaret Becker’s reflective song “Clay and Water”, show an artist captured in a moment and set apart from the typical. Becker is an amazing singer, songwriter, teacher, and author from Bay Shore, New York. She released her first album, Never For Nothing, in 1987. This multi-talented woman has a career that has spanned 12 solo albums (as well as adding her voice to several collaborative works and compilations), written four books, as well as several articles for various publications. She has also had Twenty-one number one hits, received four Christian Dove awards, as well as having been nominated for four Grammy Awards.

She was raised in New York and began performing in coffeehouses, while teaching music and taking opera. She eventually moved to Nashville to devote herself to her music and in 1985 she signed with Sparrow Records as a songwriter.  It was two years later that she was able to transform that opportunity in a solo career that is still going today.

She can be found today involving herself in a limited number of concerts, fundraisers, and special event retreats (such as Worship conferences, Women’s retreats, and Pastor’s conferences), as well as producing music for other artists. One thing is for sure: the best is yet to come for this outstanding artist and the message God has put on her life to impart. As her song states, she is “slowly ... becoming who I am”—conformed to what her Savior has created her for.

—by Stan Cantrelle, Musician, Minister and Archivist of all things CCM Classic