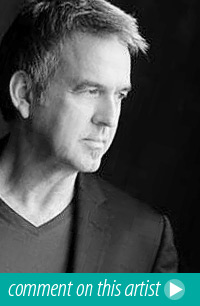 Wayne Watson : then and now...

WAYNE WATSON is wearing this season of his creative life with the ease of a favorite well-worn leather jacket—relaxed and comfortable. The man whose voice and songs helped define an entire genre of Christian music throughout the ‘80’s and ‘90’s is re-connecting with his music with a new passion seemingly born at the intersection of age and wisdom.

The songwriter known for his remarkable depth and relevancy has just brushed past the milestone marker of half a century—most of it shared intimately on the trail with God and his music. Much of the journey has been chronicled within the library of songs contained on more than two dozen album projects since his memorable breakthrough album Working In The Final Hour caught the imagination of an entire generation of Christian music listeners and radio with its’ release in 1980.

To say his vocal styling and lyrics of open, honest communication of God’s presence in everyday life circumstances helped lay the foundation on which today’s contemporary Christian music is built would in no way be an over statement. Wayne Watson’s connection with his audience has to date produced 23 #1 singles on Christian radio—including Friend Of A Wounded Heart, When God’s People Pray, Almighty, Be In Her Eyes, Watercolour Ponies, More Of You, Another Time, Another Place, and Home Free (which became the most played song on Christian radio in 1991). His litany of career credits include a dozen Dove Awards wins –including those for Male Vocalist of the Year in 1989, Song of The Year in that same year (Friend Of A Wounded Heart), Pop Contemporary Song of the Year and Contemporary Album of The Year (1988) with Watercolour Ponies, and Pop/Contemporary Song of the Year (1992) with Home Free. He has twice been nominated for the Grammy Award—both for his performance of Watercolour Ponies (1987), and for Best Pop Gospel Album in 1992 with his stunning A Beautiful Place project.

What’s ahead in this latest season of life for Wayne Watson is about to unfold for listeners. “They’ll be worshipful music to come. From my experiences over the past two or three years I’m learning finally in my life what it truly means to worship God through my music. They'll be personal insight type issue songs as well–songs of personal revelation that I hope will reach out to others.”It addition to the promise of new music, there’s a return to national touring, and a recent alliance as a major spokesperson for Compassion International in their work in sponsorship of the world’s neediest children.